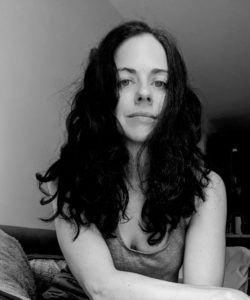 A Supplement for Bulimia and OCD: Let’s talk about Myo-Inositol


Rates of Bulimia, OCD and panic attacks are increasing around the globe, as is the search for alternative treatment approaches. Can Myo-Inositol be used safely as a supplement for Bulimia and OCD? What about panic attacks? Let’s take a look at what Myo-Inositol is and the evidence.

Myo-Inositol is an isomer of glucose, or basic sugar, and naturally consumed in an average human’s diet. It is used in the phosphatidyinositol cycle, a metabolic process that helps mediate hormones, and it is also part of a second messenger system at the cellular level, including messenger systems that lead to the production of serotonin and noradrenalin. Myo-Inositol’s exact mechanism of action is beyond the scope of this blog, so just remember that it helps serotonin and noradrenalin function more effectively, and remember that low or altered production of serotonin is implicated in many anxiety and depressive disorders. Let’s take a look at randomized controlled trials (the gold standard of evidence) that support the use of Myo-Inositol for Bulimia and OCD.

Bulimia is a very difficult illness to treat. I know, because I suffered from it for years. It almost took my life in more ways than one, and I was constantly on the look out for ANYTHING that would reliably help me overcome bulimic cravings. The cravings are a nightmare, but once you get them under control, recovery IS possible. I had to treat myself like a drug addict to overcome bulimic cravings. I strongly feel that there is a massive addictive component to bulimia, and when you stop binging and purging and letting your body experience the highs that come with that, you experience a form of withdrawal. I could go on about that…but I want to focus on Myo-Inositol.

What’s the evidence for using Myo-inositol as a supplement for bulimia? A double-blind trial compared Myo-Inositol to placebo in patients with either bulimia or binge eating disorder. For six weeks, bulimic patients were given either 18g/day of Myo-Inositol or placebo. The Myo-Inositol group showed a significant reduction in bulimic symptoms compared to the placebo group. (When I was really struggling with the binge/purge cycle, I supplemented with Myo-Inositol to help get me through.) Since we’re focusing on Myo-Inositol as a supplement for Bulimia and OCD, I want the world to know that I view Bulimia as an obsessive/compulsive behavior, in the sense that you are plagued with intrusive thoughts about binging on certain foods, especially when under stress, and then compelled to act on those thoughts: shopping for food, binging, and finally purging. Health professionals will disagree with me, so I want to make it clear that bulimia as a form of “OCD” is just my opinion. I wanted to point that out, however, because next I’ll mention a study in which Myo-Inositol was effective for OCD.

In a randomized, double-blind controlled trial, patients with OCD were given either 18 g/day of Myo-Inositol or a placebo. At the end of 6 weeks, the group taking Myo-Inositol significantly improved more than the placebo group. Another study showed no significant improvement when Myo-Inositol was tested as an add-on treatment for individuals with OCD who were already taking an antidepressant(SSRI).

I’ll quickly mention a study that tested Myo-Inositol for panic attacks. A double-blind, randomized controlled trial compared 18g/day of Myo-Inositol with Fluvoxamine ( an antidepressant) in patients with panic disorder. Fluvoxamine is often prescribed for panic disorder. At the end of one month, Myo-Inositol reduced the number of panic attacks by 4 compared to 2 for Fluvoxamine. This is encouraging, because Myo-Inositol isn’t known to have any significant side effects, and comparing it to an actual medication (active comparator)  is a much stronger study than comparing it to a placebo. Also, the group who took Fluvoxamine complained significantly more of nausea and tiredness, common side effects of antidepressants.

We covered evidence for using Myo-Inositol as a supplement for Bulima and OCD, but where can you get it? You can buy supplements in capsule or powder form. I prefer it in powder form. I don’t use it regularly or daily, but sometimes when I’m feeling anxious or obsessive, I use the powder to make a smoothie. I mix it with yogurt, ice cubes, strawberries, banana and spinach, but obviously you can blend whatever you want together. The powder is white and has a sweetish taste. Interesting random fact: Folks used to smuggle cocaine by putting it in Myo-Inositol containers. But don’t worry. Go through a reputable company and you’ll be fine.

If you decide to try Myo-Inositol as a supplement for bulimia or OCD, how much should you take?

One Tsp equals 3 grams. The randomized controlled trials mentioned above used 18/g day, so that’s 6 Tsps/ day. I usually put something close to that in my smoothies. Of course you can try smaller doses, especially if you are testing for any intolerances. Myo-Inositol has a very safe side-effect profile, but some people have complained of nausea, diarrhea or an upset stomach. I had zero side effects. Please note that it’s not recommended with pregnancy, as it has been linked to uterine contractions.

If you use Myo-Inositol for Bulimia or OCD, let us know if it helps you. Of course, always discuss with your doctor or therapist before adding ANY supplement, and keep in mind that this blog is information only and NOT medical advice.

P.S.:  Several of our customers have had luck with our Anxiety Relief ZENTones. when it came to reducing anxiety or bulimic episodes linked to anxiety. The ZENTones are safe, natural and definitely a good tool to add to your “stress reduction” toolbox. They are not medical treatments or cures, but something you can definitely try for the purpose of reducing stress and anxiety. I use them all the time.

Try ZENBands : Safe Tech for Relaxation, for when headphones/earbuds hurt your ears

(Plus loads of other goodies in our wellness store!)

Manic Kingdom on Amazon :  Read my novel, based on a provocative true story, and one that will make you question mental illness, craziness and sanity.  (The book talks a lot about bulimia by the way. The main character, based on me, has bulimia and the story covers her unconventional path to healing.)

Cell phones ,Wireless and Risks during Pregnancy – You want to read this!