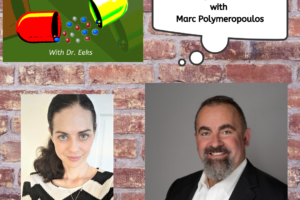 Episode 79 of my podcast is with a former CIA officer who has Havana Syndrome. Havana Syndrome is a mysterious illness that was first identified in Havana, Cuba in 2016. A group of American diplomats heard a strange sound and then became very ill. Their symptoms included ringing in the ears, dizziness, nausea and […]