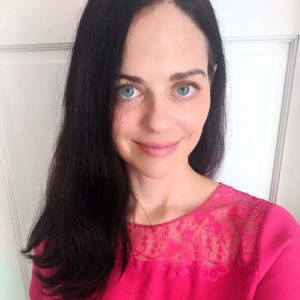 Erin is a free spirit, creator of ZENBands and ZENTones, a self-proclaimed humorist, a pensive and curious human and a huge lover of animals. She’s the author of two books, having both written and illustrated her new one: Yours in Wellness, Krystal Heeling. It’s a parody on the sleazy elements of the wellness industry, as much as it’s a parody on Big Pharma… and she hopes you check it out. It’s also available as an audiobook.

Unless otherwise told or if in the “other” section, she writes all the Blooming Wellness blogs and conducts all the interviews. In 2019, she launched a health podcast, Causes Or Cures, and hopes you check it out & listen. It’s very organic, low-budget, not sponsored by anyone, and conducted from her often noisy apartment in New York City. ( But don’t worry, you can still hear everything you’re supposed to hear. 😉 ) The goal of the podcast is to feature experts on timely, sometimes controversial, health topics who can explain things in easy-to-understand ways. She’s been lucky to feature super-smart, amazing guests all over the world.

Erin is passionate about promoting common-sense health & wellness and has an inner fire for empowering individuals of all walks of life to take charge of their health, make positive lifestyle changes and live happier lives. She feels anyone, on any budget, can live a healthier life, which is why she gets frustrated when wellness is often portrayed or presented as a luxury brand with lots of products, supplements, detoxes, cleanses, retreats, etc. She wants wellness to be more inclusive, because folks with lower incomes are shown to have more health issues than folks with higher incomes. Making the idea of wellness more accessible and more affordable is key.

Erin has a fondness for making quirky wellness videos for her Instagram feed and blogging about her health adventures, while having a natural love for irreverent, blue-collar comedy. She’s very interested in how health information is relayed to people and how it is interpreted. She thinks effective, creative communication is Public Health 101, because getting through is 80% of the battle, right?

Erin also believes that laughing and comedy are key parts of stress management and healing, so she’ll often post funny stories and tidbits about her life, or anyone’s life she feels like writing about. Perhaps she’ll write about you. 😉

Feel free to follow her on Twitter too. She tries to stay away from politics, but, you know, sometimes it’s hard.

Her life in a snapshot:

Erin lives in NYC. She grew up in a small town in Pennsylvania called Trucksville, where there are (almost) more cows than people. Despite never learning how to spell, she was her high school valedictorian and is remembered for flubbing her valedictory speech with several Freudian slips. She played travel soccer since she was 10 and was recruited to play soccer at West Point, the U.S. Military Academy, was nominated by both a Senator and Congressman and somehow went and survived. She graduated with a dual degree in chemistry/life science and environmental engineering and did cool research on plants that ate the remains of lead bullets from the Revolutionary War. The project was amazing until the plants died. As a junior and senior ( called “Cow” and “Firstie” at West Point) she taught close quarter combat and bayonet to cadets. Bayonet skills are highly relevant today. I mean, you have one, right?  She credits a good sense of humor, great friends and a lot of insanity for getting her through. 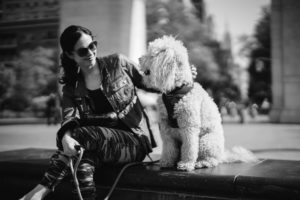 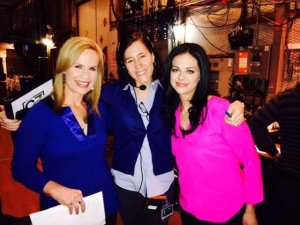 After learning how to kill people, she felt a karmic imbalance. To correct that, she eventually enrolled in medical school to learn how to save people. After earning her MD & realizing she hated being in a hospital, the lack of focus on the mind-body-spirit connection and that people needed to do MUCH more for themselves before they ended up with chronic and costly health conditions, she became interested in Public Health. She received the Global Health Leadership Scholarship from NYU and went on to earn a Masters of Public Health from New York University’s School of Public Health, with a focus on Epidemiology. She did a public health internship with an organization that models and predicts Emerging Infectious Diseases, and she also studied herbalism, because she’s always been impressed with the healing powers of plants. ( Hey, so have the pharmaceutical pirates ;)!) In addition to managing Blooming Wellness and writing the health blog, she works as a senior medical writer and public health consultant for both government and private organizations. For the last ten years, she’s specifically worked in the digital health space, being both the medical writing and data lead.

While in school, she founded Blooming Wellness to help promote evidence-based lifestyle modifications and natural health tips that help prevent disease and promote overall well-being. Having been sensitive to noise her whole life, she discovered and fell in love with sound therapy and the science behind it. Sound therapy has helped her so much and she wants to introduce as many people as she can to it. Hence, she created ZENTones and the ZENBand, which are used by folks all over the globe.

Her blog is a wide array of health topics, is not medical advice, and is information ONLY. Erin does not see patients. She has an MD and an MPH, but does not practice medicine. Her interest lies in public health, stress management, natural approaches to ailments and creating population-level, cost-effective interventions that promote a healthier lifestyle or help curb the spread of disease…, all while analyzing data to see if they actually work.

Her two older sisters are doctors: one is a doctor of PT and an MFR specialist and one is a pediatrician and internist in Pa who heads the internal medicine residency program for her hospital. Her dad is a veterinarian and owner of the Trucksville Dog and Cat Hospital. He’s won Best Veterinarian in the Area for the last 10 years, because, well, he is. He also sees “exotics,” but Erin learned the hard way when she told someone her “dad does exotics” without prefacing that he’s a veterinarian. Ahem. Mom’s a general who made everyone else become a doctor. ( She is also Queen of the Vultures and helps run the animal practice.)

Erin has her NIA white belt, has practiced Krav Maga for 15 years, runs, plays soccer, swims, does yoga, bikes, and is a huge fan of interval training and intermittent fasting. She’s played the violin since she was 6, and like every Catholic, started out in the Church choir. She’s left-handed, pigeon-toed and sometimes thinks backwards. Her biggest charities usually involve animals, especially elephants and gorillas. She abhors factory farms. 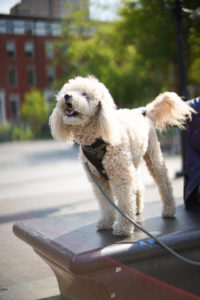 Barnaby FluffPuff  is Erin’s handsome Golden Doodle who has become the official mascot for Blooming Wellness. He’s the logo, because if you observe him, he teaches us a lot about managing stress, being playful and being immersed in the present moment. He’s the gold standard for a true ZENBandit. Erin calls Barnaby “NYC’s Sidewalk Therapy Dog,” because he is ridiculously friendly, knows no boundaries, and runs around making people happy. No one can make a person smile or feel less anxious than Barnaby, and he treats everyone the same. (Imagine if humans did that? What a world it would be.)

He, like Erin, is incredibly fond of hats. He often carries a hat with the Blooming Wellness logo, which has earned him the title of Chief Marketing Officer. He is often seen with Erin romping around NYC and charming everyone lucky enough to be on his path. He scores free treats wherever he goes and his life motto is “Stay Fluffy.” He also dances, but whenever she try to capture it on video, he suddenly stops, or Erin doesn’t get her phone out in time. (Timing is everything, ain’t it?)