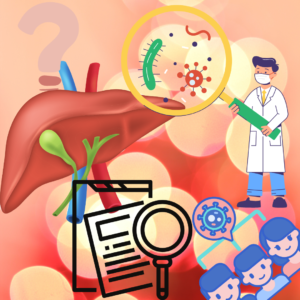 I’ve been following the latest on the mysterious cases of hepatitis in kids and listened to the CDC’s latest media update with Dr. Jay Butler, deputy director of infectious disease at CDC. It is concerning, and since people have asked me about it, I wanted to offer my understanding of the situation at this point in time.

For the US, it started with 9 cases of pediatric (child) hepatitis in Alabama over the period of October’21-February’22. All nine of those kids tested positive for adenovirus. The CDC subsequently received more reports and is currently investigating a total of 109 cases of pediatric hepatitis in 25 states. Of the 109, 90% were hospitalized, 14% required a liver transplant and 5 died. More than 50% of the cases being investigated tested positive for adenovirus, and adenovirus has been detected in many (though not all) cases outside of the US. The mysterious hepatitis cases have been reported in several other countries, and I believe the UK leads the count with 169 cases.

So, this is an epidemiological investigation, where cases are identified and then epidemiologists will analyze each case and try to find a common exposure(s) among them. They cast a wide net in trying to identify the common exposure(s), which includes finding out about past COVID infections and exposure to animals, including dogs. (I’m mentioning dogs, because one newspaper ran with that as a headline, I guess because of its clickbait potential…”Are the mysterious cases of hepatitis related to Fido yada yada yada.”  At this point in time, adenovirus is considered a top contender for the common exposure, but it remains a hypothesis. It’s also possible that a combination of exposures is to blame. For example, investigators are looking into past COVID infections, changes in transmission and immune responses due to social distancing, school closures and lockdowns, and how those factors might interact with adenovirus. Many people have asked me if COVID vaccines are to blame. I’ve seen people blaming them on social media, so it’s important to point this out: COVID vaccines are NOT considered a possibility because many of the children affected with hepatitis were under the age of 5, and no COVID vaccine anywhere is approved for kids under 5.

These types of investigations take time because the information reported for each case may vary. Some things may be documented for some cases but not others. Also, in the case of adenovirus, it is not a requirement to report it, so investigators have relied on passive surveillance thus far, meaning reports submitted by hospitals, doctors, etc. to various health departments. They also haven’t found pathological evidence of adenovirus in the liver, so the hepatitis may be the result of an immune response after the virus is cleared.  The CDC issued new guidance to clinicians related to cases of mysterious hepatitis in kids and is encouraging them to test for adenovirus. Rates of adenovirus may vary season by season, so that also needs to be considered during the investigation. In the case of COVID-19 infections, some cases may be documented, and some may not. I believe investigators are looking into gathering serological (blood) evidence to identify past COVID infections that may not have been clinically apparent and documented.

Dr. Butler emphasized during the call that it is not uncommon for causes of pediatric hepatitis to be unknown, and that severe cases of hepatitis in kids is still rare. Whenever one conducts an epidemiological investigation, they compare the current rate with the expected background rate: in this case, the number of pediatric hepatitis cases one might see in a given year. According to the CDC media call, they have not seen an increase in cases from the background rate, however that’s not to say they won’t see an increase as the investigation continues and they analyze more national databases for trends in pediatric hepatitis. That is a key point that media folks running wild with headlines should consider! I believe the UK has seen an increase in case numbers from their background rate. The type of Adenovirus they are looking at is Adenovirus-41, which is a virus that affects the digestive system. It has been known to cause hepatitis in immunocompromised kids, but not healthy kids. The current mysterious cases are being seen in otherwise healthy kids.

That’s my understanding so far. We have to let the investigation play out, which takes time and patience. I know it’s frustrating to not have specific answers, especially when it comes to kids, but it’s also important to not jump to conclusions and get it wrong. I will update this as I learn more.