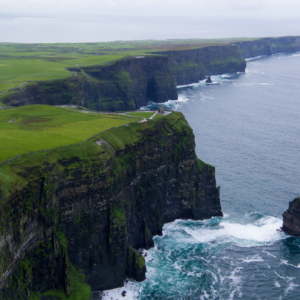 The interesting thing about Waterford, Ireland is that it kept its case numbers low during the earlier parts of the pandemic. As the Irish Times reports, Waterford had the lowest rates of COVID-19 in the country during the Jan-Feb’21 wave and the Spring-Summer’20 wave. Doctors in Waterford have stated that the county didn’t build up enough naturally-acquired immunity during the first two waves, and are therefore getting hit the hardest during the third wave. I agree with that analysis. While a consistent data point so far is that the vaccines reduce serious infection, hospitalizations and deaths, they don’t entirely block transmission. Though it’s less likely that a fully-vaccinated person will get infected, if he/she does, the resultant viral load can be equivalent to an unvaccinated person, thereby allowing for transmission. This dynamic has the potential to fuel viral spread, especially if a vaccinated person feels less sick (due to the vaccine) and continues to move around more and socialize with folks. It also doesn’t help that the vaccine was designed for the original strain ( Wuhan) and not the Delta variant, for which the vaccine is less effective. A vaccine that doesn’t block transmission plus a new, highly infectious variant will result in high cases in a highly-susceptible population.

Does this mean a better strategy would have been for folks to go out and get COVID early on and build up natural immunity?

No. The Waterford case study simply highlights something that already happened organically. No one should go out and try to get COVID. That’s a big gamble and not something I would do. And while I think it’s impossible to talk about natural immunity without sounding like a sociopath, it remains an epidemiological fact that naturally-acquired immunity contributes to the population’s overall immunity to a virus. So we do need to consider the level of natural immunity when understanding what’s happening to a particular population.

Waterford’s situation reminds me very much of Singapore’s: Essentially, because both countries did so well in keeping their populations unexposed to the virus and keeping their case counts extremely low earlier in the pandemic AND given that the vaccines don’t block transmission PLUS  the Delta variant, they are inevitably seeing huge surges now.

Singapore was the model country for keeping COVID case counts low. In December of 2020, they were the first Asian country to start a vaccination campaign and quickly vaccinated over 80% of their population. Like everyone, the people of Singapore thought the vaccines were the path “back to normal,” but, as we all know, that wasn’t the case for anyone. For the first time ever, cases started skyrocketing in Singapore over the late summer. They had to bring back restrictions and started boosters. (Waterford also started boosters.)  If you want to hear more about Singapore’s interesting cases, feel free to listen to my podcast with Dr. Abdullah. He is in Singapore, a researcher and professor who came on my podcast twice: Once to talk about Singapore’s model response and a second time to talk about what went wrong. It’s important to note that in the case of Waterford and Singapore, the vaccines continue to show a protective effect against serious disease, hospitalizations and death. A new viral pandemic is saturated with uncertainties and surprises. No one can help that. I’ve tried to look for consistent data points across different populations, and one thing that, so far, has stayed consistent is that vaccines reduce hospitalizations and deaths. But, as my best friend always says, everything is subject to change. I think public health communicators get themselves in trouble when they present things as absolutes or make promises that they aren’t sure they can keep. Everyone is learning as we go- it’s just the nature of the beast.

In conclusion, I think both Waterford and Singapore highlight the contribution naturall-acquired immunity makes to herd immunity, especially when vaccines don’t do a stellar job blocking transmission. Even though their case rates are super high, I think the vaccines will help keep people out of the hospital and ultimately help keep people alive. That said, we also need to add early-treatment options for folks that can be scaled up. Further, and not to beat a dead horse, but COVID will most likely be with us for a long time. Obesity is a clear and significant risk factor for more severe disease and obesity, itself, can reduce vaccine effectiveness. It’s imperative that we encourage and help folks with obesity to lose weight. That’s as far as I’ll go in my analysis. I don’t know what the future holds yet.

One Response to “Waterford Ireland has the Highest Vaccination Rate but Cases High:”