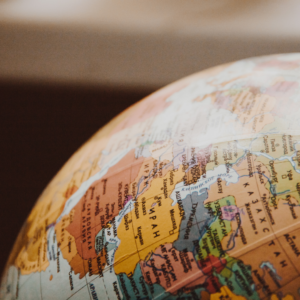 If you’ve listened to my podcast, especially the most recent episodes, or read a few of my latest Tweets, you’ll know that I’ve been writing a lot about COVID-19 and vaccine equity. Right now, much of the underdeveloped world does not have access to the vaccines. This includes their highest-risk people. My stance is that instead of trying to force the vaccine on unwilling citizens of rich countries, like the US, get the vaccines to the highest risk in low to low-middle income countries. Instead of forcing a war over child vaccination mandates, as children remain a low-risk group, prioritize getting the vaccine to the people with the highest risk factors in poor countries. Right now, less than 1% of  low-income countries are vaccinated, and it’s only a little higher for low-to-middle income countries. Yet, COVID is a global, airborne virus, and variants of concern form everywhere. In fact, the variant giving us the most trouble now, Delta, has its origins in India. Several variants we were worried about came from South America. If we believe vaccines can be used as a tool to stop severe disease, hospitalization and/or new variants from forming, then for both selfish AND altruistic reasons, our next move should be to get the vaccines to these countries’ highest-risk groups. To me, that makes the most sense.

Recently on the TrialSite News Podcast which I help host on Youtube, I interviewed Achal Prabhala, a researcher, writer and coordinator of AccessIBSA which advocates for equal access to medications. I read an article he co-wrote with Chelsea Clinton in the Atlantic and wanted to get his perspective on COVID-19 vaccine equity. People who are diehard against this vaccine have criticized me for doing this interview, because they felt I should have talked about early treatment instead and they went on to make claims like “goverments of these countries don’t want the vaccines.” First, governments from these countries DO want these vaccines. Secondly, I respect everyone’s stance on the vaccine. I am always open to hearing concerns, new data and am always willing to shift my opinion. I’m not married to any once stance and never have been. In general, I avoid extremes, and I think it’s wise to avoid framing a debate around “vaccines” vs “early treatment.” It’s illogical and unhelpful to do that. Our lack of focus on early treatment, especially cheap, accessible drugs, has been one of the biggest mistakes of the pandemic response. I support BOTH access to early treatment AND vaccines. Lots of people, including experts, act as if they have all the answers, but this pandemic is very much a learn-as-we-go situation, so I’m for trying out all the tools in the toolbox.

Here is the vaccine equity video with Achal Prabhala.

Some summary points and highlights:

Perhaps you’ll tune in and watch the video. It was a pleasure talking to Achal, and I hope to get an update from him in the future.

P.S: If you haven’t checked it out yet, here is my latest blog/podcast on the situation in Singapore. Singapore is a higly-vaccinated nation that for the first time in the pandemic is experiencing a surge in cases and an increase in deaths. Why is it happening? Listen to my podcast with Dr. Abdullah here: What happened in Singapore?

One Response to “COVID-19 Vaccine Equity”