**Not scientifically reviewed by Dr. Eeks 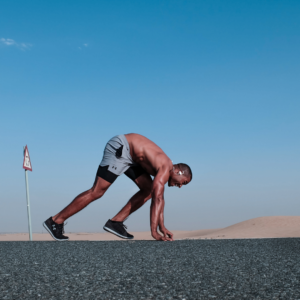 It calls attention to toxic systems

The world of sports isn’t as glamorous as it looks. A recent article on prominent athletes by SymptomFind covered some examples of sports stars speaking out about this. Among those listed was Naomi Osaka, who recently dropped out of the French Open’s required press events, citing her heightened anxiety amidst excessive media criticism.

While Osaka’s withdrawal was largely motivated by the desire to protect her mental health, it was also a protest against the outdated tournament rules that forced athletes to face possible media scrutiny regardless of their health situation. Because of these rules, Osaka herself faced hefty fines for her non-participation — further highlighting the system’s injustice against mental health issues.

In a write-up for The Player’s Tribune, NBA star Kevin Love shared the story of his mid-game panic attack during the Cleveland Cavaliers’ match against the Atlanta Hawks in 2018. The piece highlighted an important issue: traditional ideas of masculinity, which demand strength and emotional reticence, discourage men from admitting their vulnerabilities. Thus, many men, especially athletes, never get to talk about their mental health issues, much less seek treatment.

But the severity of Love’s attack drove him to seek a solution: therapy. The experience, Love claims, had been eye-opening. Love then urged readers to not only seek treatment when necessary but to also have the courage to confront and discuss their own issues.

Starting conversations about mental health is the first step to normalizing it. When people see athletes they admire open up about mental health, it becomes easier to accept their own issues. Olympian Michael Phelps even received an award for his mental health advocacy. The Ruderman Family Foundation, a Boston-based philanthropic association, said that they chose Phelps for the Morton E. Ruderman Award in Inclusion, not just because of his advocacy efforts, but because his openness about his own mental health experiences had helped to eradicate the shame and stigma associated with mental health.

You don’t need to be a public figure to start a conversation about mental illness. However, it helps when the message reaches a wider audience. Just as books like ‘Manic Kingdom: A True Story of Breakdown and Breakthrough’ allow readers to recognize their own issues through the experiences of others, hearing people we admire allows us to confront and accept our own vulnerabilities. The more we talk about it, the more we normalize it, which can ease the great burden of stigmatization.