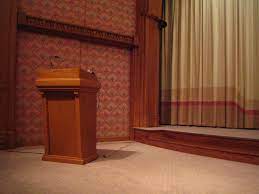 This was originally published on TrialSiteNews.com

The White House’s war on COVID-19 “misinformation” took a major hit in the last week when Ben Wakana, Deputy Director of Strategic Communications & Engagement of the White House COVID-19 Response Team, lambasted the liberal-friendly New York Times and Washington Post for their tweets about COVID-19 transmission for the vaccinated versus the unvaccinated. The New York Times tweeted that an internal CDC report said that the Delta variant “may be spread by vaccinated people as easily as the unvaccinated,” to which Wakana retweeted and wrote (in ALL CAPS, MIND YOU), “Vaccinated people do not transmit the virus at the same rate as unvaccinated people and if you fail to include that context you’re doing it wrong.” The Washington Post tweeted, “Vaccinated people made up three-quarters of those infected in a massive Massachusetts covid-19 outbreak, pivotal CDC study finds,” to which Wakana retweeted and wrote, “Completely irresponsible…virtually all hospitalizations and deaths continue to be among the unvaccinated. Unreal to not put that in context.” Such a public scolding of reliable, mainstream allies, at least when it comes to the war against “misinformation” and pushing the White House messaging on COVID-19 vaccines, feels like a whole lotta dissension in the ranks. CNN also launched a conflicting zinger that led to a barrage of confusion in the Twitter comments when they wrote, “Vaccination alone won’t stop the rise of variants and in fact could push the evolution of strains that evade their protection, researchers warned. They said people need to wear masks and take other preventative steps until almost everyone is vaccinated.” Um…, what? One can almost feel the sweat sliding down the backs of fact checkers as their fingers quiver above keyboards, while the “Disinformation Dozen” surely had a field day of I-told-you-sos.

This particular COVID-19 messaging massacre started several days ago, when the CDC did an abrupt “about-facemask” and announced that fully vaccinated people should now wear masks indoors in areas with high viral transmission. Now in America, discussing face masks should come with its own trigger warning, but abrupt changes in recommendations only add to the volatility. In mid-May, the agency announced that fully vaccinated people did not have to wear masks indoors or outdoors (in most settings), because real-world data showed the vaccines were effective against the variants and reduced transmission. In February of 2021, the CDC recommended that everyone continue to wear a well-fitted mask or even two masks, which predictably played into the hands of mask doubters who flooded the internet with jokes about wearing three, ten, “why stop at two?” face masks. I remember thinking that it seemed painfully out-of-touch to try to sell two masks, when you couldn’t get a bunch of people to even wear one. Health professionals hoped that May’s easing of restrictions for the fully vaccinated would encourage hesitant folks to get the shot. Messaging was positive, hopeful and altruistic: Get vaccinated, so you can go back to doing the things you love; take the shot to help protect your loved ones and stop the spread; get vaccinated so we can get back to pre-pandemic times. For a short while, the messages seemed to work. Vaccination rates picked up, although they slowed again in early June.

The CDC’s latest change in mask guidelines was rooted in data that shows the Delta variant is highly contagious and can be transmitted by both the unvaccinated and the vaccinated. A COVID-19 outbreak investigation in Barnstable County, Massachusetts, revealed that 469 people, with a median age of 40, were diagnosed with COVID-19. 74% of them were fully vaccinated, and of those, 79% reported having symptoms, including cough, headache, sore throat, muscle aches and fever. Five cases were hospitalized, four being fully vaccinated and one unvaccinated. Two of the fully-vaccinated, hospitalized cases had underlying conditions, and the 1 unvaccinated case had multiple underlying conditions. An unexpected finding was that specimens from the unvaccinated and vaccinated cases revealed similar viral loads. The good news is that no one died.

The media reported this investigation in myriad ways, sparking controversy, confusion and episodes like the White House COVID-19 official attacking the New York Times and Washington Post. Experts took to social media with varying takes on the outbreak and subsequent change in mask guidelines. Some calmly stated that Delta was a gamechanger. Others, with a palpable desperation in their words, insisted that the vaccines were preventing serious illness and death and therefore working as expected, even though this is somewhat misleading for those who know that the primary end point of the vaccine trials was prevention of symptomatic COVID-19, and a secondary, albeit critical, end point was the prevention of severe illness and death. Fully vaccinated people were confused by what the news meant for their ability to spread COVID-19 to their loved ones, their risk of developing Long COVID after experiencing even mild breakthrough symptoms, and they were also irritated that after only 2 months, face masks were back. As someone said to me, “How the heck is that a success story?” Those dead set against the vaccine used the news to propagate the myth that the vaccines are useless, which, of course, is not the case. Currently, the unvaccinated are bearing the brunt of hospitalizations and deaths, though the prospect of playing cat-and-mouse with new variants puts into question the quest for herd immunity. But in general, and understandably so, there was a universal grumbling from people who are frustrated with mixed signals and playing Hokey Pokey with their face masks.

I think a lot of this turmoil could be avoided if people were better at communicating uncertainty, a should-be obvious central theme of a pandemic caused by a new virus. If uncertain answers are the honest ones, then don’t replace them with specific ones, whether it’s to build confidence, for ease of policy implementation, or external or ego-fueled pressure to be an omniscient expert, because people will feel played when the specific answers are undone by the uncertain ones. Just like a salesperson shouldn’t blame the customers for his/her inability to sell stuff, don’t blame the people for their anger. Don’t blame them for their confusion. Don’t blame them for their lack of trust. Don’t blame Joe Schmoe when he throws his mask in the garbage after you tell him he has to “sometimes” wear it again, after 2 months of not wearing it, and give him a hot spots map so he can figure out the areas with “high viral transmission.” This is a case where you should, indeed, blame the messenger.