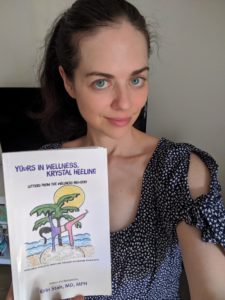 (My own opinion & not reflective I’ve anyone I work for)

For a field that was already fighting for trust, Public Health is in trouble due to the inconsistency in messaging regarding the pandemic.

I’ve spent the last week listening to angry people on the phone and reading their pissed-off messages about the inconsistent and conflicting messages:

The anger runs deep, in some cases I’ll call it rage, that I know better than to try to come up with an answer. Instead I just nod to myself. And when they write me that they will never trust a public health official again, I continue nodding to myself. I really don’t know what to say to them. What I do know is that it will be difficult to convince someone to obey a future lock-down order, should one arise. I also know that this inconsistency in public health messaging fuels conspiracy theories about the pandemic, and also fuels a growing distrust in public health advice, including distrust in vaccines. If anyone stays quiet about these inconsistencies, I plan on putting you on mute when you complain about the anti-vaccine movement in a few months.

Prior to this week, I used my health podcast, blog, Facebook health group, personal page and text messages convincing people that COVID-19 wasn’t “Fake News.” I spent time convincing people that, while the NIH has been criticized before for its financial ties with industry, the movie “Plandemic” wasn’t rooted in reality. I explained why neither Dr. Fauci nor Bill Gates were evil wizards behind a giant conspiracy theory to microchip us, control us and make tons of money from a forthcoming vaccine. Some people believed me, others were more skeptical. I explained why masks and social distancing are important mitigation efforts given the characteristics of this virus and the lack of a vaccine. I explained why it’s important for everyone to social distance, not just the elderly and vulnerable populations. Some people believed me, others were more skeptical. I’ve shared the best articles from top journals, like the New England Journal of Medicine and the Lancet, even the “bombshell” one on the ineffectiveness of hydroxychloroquine for COVID-19 that was recently retracted.  First, a retraction of that nature from the NEJM is a BIG deal. That alone eroded a lot of trust, as many people are convinced that the paper was only published to “get at Trump.” Most recently, after all the confusion on the benefits of wearing a face mask vs “inhaling your own Co2″ or “being a sheeple,”  and after the World Health Organization changed its messaging on face masks THREE times, I had a top epidemiologist on my podcast  who not only conducted studies on face masks but has been studying COVID-19 in Hong Kong since the beginning of the global outbreak.

I didn’t do a lot. There were doctors and public health officials trying way harder than me to get people to take the pandemic seriously. But everything done was undone when numerous public health experts blatantly gave inconsistent health advice regarding the pandemic and large protests. Their inconsistent messaging will not only backfire on the field of public health, but it was the best ammo one could have given the pandemic deniers, anti-vaccine supporters and really, anyone who says, “don’t trust the government” or “don’t trust conventional medicine.”  To save face, public health officials would be better off acknowledging the inconsistencies in their messaging rather than ignoring or defending them. To not acknowledge the mess-up is an act of professional tribalism or defending ideological leanings over upholding the truth. It’s bias at its worst.

And before you say it, I understand that social justice is important and there’s a massive movement unfolding to address another public health issue: racism. Many might call it a bigger issue than people dying from COVID-19. In fact, racism has a lot to do with why more Black Americans are dying from COVID-19 than any other group. On average, they are 2.5 times as likely to die from COVID-19 than Whites ( and in some parts of the country, it’s significantly higher) and in sixteen states, their share of the COVID-19 deaths is greater than their share of the population. They often live in crowded and underserved areas that predispose them to long-term health conditions, like obesity and high blood pressure, that are linked to increased mortality from COVID-19. So, I’m not here to tell people that they’re wrong, and I’m not here to tell people not to protest. But in that case, the public health message of increased risk of viral transmission in large, dense groups never should have been muffled. It should have been amplified. The message that face masks only reduce risk, and are NOT 100% preventive, shouldn’t have been muffled. It should have been amplified. Research, for example that the spread of COVID-19 doesn’t significantly slow down in warmer temperatures when susceptibility in the population remains high, shouldn’t have been ignored. It should have been amplified.

I cringed when a Politico article with the headline, “Suddenly, Public Health Officials Say Social Justice Matters More than Social Distance,” went viral on social media. The word “suddenly” is not only unscientific, but plays into the COVID-19 deniers’ claims that the “pandemic disappeared like magic when the protests started” and “Who knew riots cured COVID-19!”  While the article is more detailed and nuanced, most people only read the headlines. I also couldn’t understand why they turned it into a comparison. It read like an opinion, not something supported by data, and they could have just as easily said that both matter.

The overt politicization of the pandemic will come back to bite us when it comes time to get people vaccinated. I have heard or read Democratic leaders cast doubt on the vaccines, because they are being developed, or distributed, under Trump’s Operation Warp Speed. Even soft jabs plant the seed for vaccine hesitancy. People will already be skeptical of the vaccine, because 1) they are a totally new genre of vaccines 2) they are being developed in a year, when the usual time frame is 10-15 years and 3) the drug companies will probably have immunity from lawsuits. That anti-vaccine sentiment will extend far beyond the traditional “Anti-Vaxxers.” You will see it in more mainstream circles, including the healthcare community, which is not immune to the influence of their political affiliations.

So what does the future hold?

Trust has been declining in the conventional healthcare and public health systems because of  industry and political bias. This lack of trust has given rise to grassroots and independent efforts to hold healthcare decision-makers, doctors, the government, and drug companies accountable. For example, the organization OpenSecrets tracks money in politics. It recently unveiled that in 2018, drug companies spent 200 million dollars on lobbying alone. The organization ProPublica tracks how much money drug companies give to doctors. In one of their recent reports, they showed that at least 2,500 physicians had received half a million dollars from drug and medical device companies, and 700 of them received at least 1 million dollars. Let’s talk about the news cycle. There is always a story circulating about a drug company being sued for an unreported drug or product side effect or for doing something shady with pricing. For example, today’s news is that the state attorney generals are suing generic drug companies for conspiring to raise the prices of generic drugs. Three weeks ago, it was that Johnson & Johnson stopped talc-based baby powder sales due to its link to ovarian cancer.

Many traditional healthcare workers go crazy when they see negative messages about vaccines or drugs in general, and boy, do they grumble when people turn to online groups, essential oils enthusiasts, natural health experts or self-proclaimed wellness gurus for health advice…but do they ever pause to ask themselves WHY people are doing that? Yes, the democratic sharing of information via the internet is part of it, but it’s also a great and growing distrust in a conventional system that has been caught, time and time again, putting profit over people. I point this out in my short parody, Yours in Wellness, Krystal Heeling: Letters from the Wellness Industry.  While it pokes fun at the luxurious, supplement-poppin’, always detoxin’, always superfoodin’ trillion-dollar wellness industry, the biggest marketing tool for them is the growing distrust in the trillion-dollar, industry-biased, conventional healthcare system and its ever-growing list of scandals. Inconsistency in health messaging also fuels that distrust. But I don’t have to tell you. Just take a virtual stroll through Twitter, Facebook and Instagram, and you’ll see what I mean.

If public health officials rationalize their silence to address their inconsistent messaging with, “Well, the protest IS more important,” on many levels, I agree with them. Eradicating racism might be the most important public health goal we, as a nation and a world, could accomplish.

COVID-19 doesn’t rationalize, we do.

To help salvage the public’s trust,  at least admit that the pandemic public health message should have remained consistent, objective and only based on the characteristics of the new virus, COVID-19.