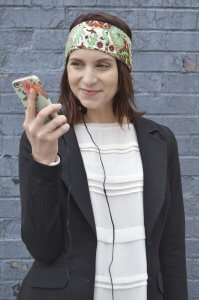 Since I created ZENTones, I try to keep up with any/all new research published in the realm of sound therapy. If I find a study with positive results, I store it in a digital library so I can share it with any of my clients/customers who are more interested in the science of how sound therapy works.

(I should note that the beats in this study were delivered in a stand-alone fashion and NOT mixed in with other musical creations. Beats, in a therapeutic sense, are not music, so be careful when you download random programs from I-tunes. Most of the research on binaural acoustics only use the raw beats, with very little background music. If you want to use binaural beats as sound therapy, you should always try to re-create the sound programs that were used in published studies with successful outcomes. Not the ones that “sound cool.”)

So, increased cognitive flexibility: Is that a good thing?  What does it even mean?

Cognitive flexibility is the mind’s ability to transition and/or adapt when presented with a new situation or new information. The faster your mind can adapt to the new situation or information, the greater your cognitive flexibility. If your mind is slow to adapt or doesn’t adapt at all, you aren’t very flexible…, at least in the cognitive sense.

The importance of cognitive flexibility is that it can:

1) Help you transition from one topic to another: In short, the more cognitive-flexibility you have, the less likely you are to get stuck on one thought or one topic in a conversation or a situation in which many topics are presented.

3) Allow you to change and evolve your believe system: In my opinion, this may be the most important benefit, because it speaks to how we evolve as individuals, as societies and as a world.  When presented with new information, one with greater cognitive flexibility has the ability to update or change his/her beliefs, rather than stick to outdated and/or untrue beliefs.  One with cognitive rigidity would have a very tough time changing his/her belief system, and would instead remain attached to traditional and outdated beliefs. For example, think of your friend who is a die-hard atheist.  (Everyone always has one of those.) Imagine if that friend is presented with newly-discovered, powerful information that essentially confirms the existence of God. (Hypothetically speaking)  Would your friend properly evaluate the new information and update his/her belief about the existence of God, or would he/she be cognitively rigid, avoid the new information and continue to be a die-hard atheist?

4) Make you a better problem-solver: Those with greater cognitive flexibility are better at dissecting a problem into manageable components and coming up with a solution. Those who are more cognitively rigid have a much tougher time doing that.

Did you ever think a sound program full of boring old beats could change the world?  I just gave your four reasons how it could. 😉

2 Responses to “Sound Therapy Improves Cognitive Flexibility, which COULD Save the World”