Today I have the distinct pleasure of posting just one question with just one answer from my friend and Krav Maga expert,  Moshe Katz. Moshe is the founder and CEO of Israeli Krav International.   He has practiced martial arts for 30 years and is certified by Wingate, Israel’s national martial arts certification board.  He has trained the Jerusalem Elite security guards, US Special Forces, the FBI, SWAT teams,  Israeli and American soldiers, maximum-Level prison guards, police departments all over the world, countless other students, and has been featured on news broadcasts, TV and radio shows all over the planet. In 2010 he was inducted into the International Martial Arts Hall of Fame as instructor of the year and in 2014, Moshe was inducted into the American Black Belt Hall of Fame as the International Krav Maga instructor of the year.  In short, the guy is super bad-ass.

Krav Maga literally means close quarter combat. It teaches you practical self defense moves that can save your life.  I started practicing Krav Maga 10 years ago. While I was introduced to close quarter combat ( and required to even teach it one summer) at West Point, I didn’t experience the full mental and physical benefits of Krav till 10 years ago.  For starters, Krav Maga is an excellent workout. After all, a big part of being able to defend yourself is being in the best shape possible. Krav also gives you skills that can not only save your life one day, but skills that build an incredible foundation for confidence and ability to act under pressure. One of my favorite Krav Maga drills is the “survival circle.”  Basically, you stand in the middle of a group of five-seven people, with just your mind and body to defend yourself. Each of the surrounding group members will charge at you with a different attack in mind: It could be a rear-arm strangle, a knife attack, a gun attack, a potential rape…, and it is your job to react, defend yourself and get away. Being in the middle of the survival circle is incredibly nerve-wracking- a complete adrenaline rush- but it is the absolute best way to prepare yourself for a surprise attack. It’s also a great way to get over yourself and your ego, especially if you respond like an idiot. 😉   Krav also comes with huge mental benefits, as it hones your ability to not panic and act under pressure successfully.   Also, I make it no secret in this blog that I have struggled with depression for years. In this regard, Krav Maga has been a lifesaver for me. It has taught me to redirect my negative thoughts and “sad” energy to diligently focussing on the precision and quickness of each move to fend off an attacker. A huge part of overcoming depression is keeping yourself from the downward spiral of negative ruminations. Perhaps Krav is MY physical manifestation of beating up my mental demons.  It’s all mental chess, all physics, all momentum and in action, it feels like a dance with a bad guy who refuses to give up his lead, until you make him. 😉

I always encourage others to try Krav Maga, because it has helped me so much.  Unfortunately, many women are resistant to try it, because they think they are too weak, it’s futile or they are just plain fearful of learning hand to hand combat. So I asked Moshe ONE question:

Many women avoid learning self defense or think it is futile because a man will overpower them. For example, a lot of  women feel powerless in rape situations. In your experience, and as the world’s Krav Maga expert, how realistic is it for a woman to escape a man who is a lot bigger and stronger than she is?

I am told many women avoid learning self defense because they believe it is futile as a man will easily overpower them.

Well, it is always great to quit and lose the game before even entering the field. Nothing like a born loser.

Once at a seminar a woman said, “I am only five foot one and petite, I have no chance of overpowering a man, what do say about that? Can Krav Maga help me?!”

The answer is a flat no. You have chosen to be a victim, you have decided that you are incapable of success, you are enjoying your victim-hood and mocking what I teach. You yourself have dictated the outcome. With such an attitude than indeed all martial arts, Krav Maga or self defense courses are futile.

But that is only because of your attitude. Without a change of attitude I cannot help you.

I like to tell the story of my ancestor, a man named David. He was young and small for his age. He was a shepherd, worked about an hours’ drive from where I currently live. This was about 3,050 years ago. His father Jesse sent him to see how his older brothers were doing in the campaign against the enemy of that time, the Philistines. ( no relation to the current so called “Palestinians”)

Young David found that no battle was going on and asked why. He was told there is a huge Philistine, a man named Alyath (mispronounced Goliath), who was mocking the armies of Israel. All were afraid to fight this giant, but not David. “Who is this uncircumcised Philistine who mocks the armies of the living God! I shall fight him.

And young David, the shepherd, the sweet singer of Israel, took his trusted slingshot and slew the great giant.

God sent his prophet and judge Samuel to anoint David as king of Israel.
The people were shocked, but Samuel explained that while man looks at the body God sees the heart and there was no mistaken this matter, David would be king of the chosen people. Not only would David be king but the kingdom, the leadership of Israel, would continue via his line for ever. Why? Because David had the correct attitude. He did not say, ” Oh dear me, I am too small! This man is better trained than me, he is so tall!”  No, David knew there was no choice and if you must fight, then you fight to win.

The line of King David continued in a leadership position down to the end of the 10th century where our family fled Babylon due to Muslim persecution. At that point my ancestors fled to Spain, and then to Portugal, Italy, Poland and finally to the USA, always escaping either Muslim or Christian hatred and persecution.

David, the symbol of the underdog, the creator of the “David vs Goliath” attitude. You need this. Or, you must at least want to have this.

I have taught many women over the years. I have heard countless stories of how they overcame powerful men and survived. But it all must begin with the King David attitude. If you choose to be a victim no one can help you. But if you choose to feel blood of King David running through your veins, then you can be taught.

Our style is not based on a test of strength but on basic concepts and simple easy to learn techniques. We can teach you, if you really want to learn. 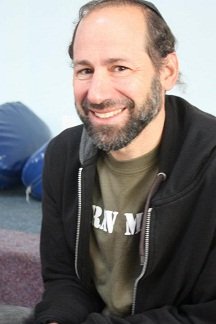 9 Responses to “Just One Question: For the World’s Krav Maga Expert, Moshe Katz, on a Woman’s Ability vs. a Man’s.”