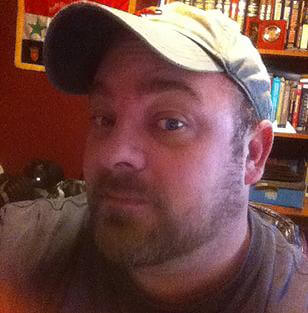 The following review of ZenTones was written by Tony Fantasia, founder of VetCraft

I am a combat veteran. I served in the Army as a medic for 12 years and during that time I worked in emergency rooms and deployed to Afghanistan and Iraq in 2002 and 2004 respectively. As part of my duties I witnessed enough fighting, injury, blood, pain, and death to make me accept the fact that my own life could come to an end very soon and that, more likely than not, there would be very little left of me after the fact. Once you accept your death and start living each day as though it is your last, there is a change that takes place inside you that can never be completely undone. Relationships lose their value because you don’t want to get close to people that will die and leave you, or vice versa. Future accomplishments lose their appeal because of the fact that you may never get the chance to see them come to fruition, and the present becomes a haze as you are forced into the recesses of your mind to take stock of your life and try to imagine which direction your spirit will go once your life is taken.

There is a peace associated with accepting your death and almost an excitement to see what lies beyond the other side. The worst part is when it doesn’t happen. When you survive and return home, you still have that frame of mind that was cultivated as a coping mechanism and now you have to try to reverse that in order to reacclimate to the normal world and pick up where you left off with family and friends and work. This is where things got messy for me. I may have been home in San Antonio but my mind was eight thousand miles away and imagining my own funeral. I jumped at the sound of every balloon popping and child screaming, which makes family time especially painful as that seems to be the primary noise you experience with a family of three children and an extended family that consists of 10 children and a birthday every month. I isolated myself to avoid the triggers and conversations to which I could not relate, and I drifted between day dreams as an escape from the painful burden of reality and the growing responsibility I have to take care of a growing family. I grew increasingly paranoid that the enemy was around every corner and actively plotting to kill me and my family while people stood by and laughed at me out of judgement and malice.

The paranoia and shame I carried with me was enough to push me further and further away from the only people that wanted me around, and all I wanted to do was run as far away from them as possible. I found a great deal of relief from the symptoms of my PTSD through my exploration of leathercraft but when I was introduced to Zen Tones I was willing to try anything to help with the lingering effects. I managed to come to grips with reality but I still lacked focus and struggled to manage stress and anxiety. I would flit from topic to topic with the attention span of a 3 year old child and the stress and anxiety I felt when trying to balance the responsibilities associated with taking care of a family, working a full time job, and running two businesses. I tried the sleep files, but because I was exhausted at the end of my day, the sleep tones actually woke me up. Because I was able to fall asleep at the end of such a busy day, I instead decided to use the focus, stress, and anxiety Zen Tones during the day. Listening to this 28 minute file helped me concentrate on the task at hand and complete it with the highest quality work before moving on to the next project. With continued use I was able to develop a system where I could multitask more effectively and organize my days more efficiently. The anxiety I felt when I became overwhelmed caused tension in my shoulders to turn into a migraine headache and crippling photosensitivity. It also caused the worst heartburn and indigestion I had ever felt, which often led to acid reflux in the middle of the night. After two weeks of listening to the stress and anxiety tones, I do not feel the tension anymore. During times when I would normally feel overwhelmed, I find a sense of control and peace that allows me to keep perspective, be honest, and ask for the help that I need rather than succumb to the stress of trying to do everything on my own.

I also run a program called VetCraft that is dedicated to helping veterans, their families, and anyone else who suffers from PTSD manage their symptoms of their disorder by teaching them the art and craft of their choice. As part of the program, Dr. Stair graciously allowed me to purchase one license to share with my students, and I currently have 7 students who are using it. I have seen great improvement in their behavior, self-control, and their reasoning skills. I have seen dissociative behavior start to correct itself, and I have seen a willingness to see other perspectives from people who were only concerned about their own. Zen Tones is a wonderful program and a set of tools that will remain incorporated in my program, and one that I will share with anyone who needs it as they work to find their way back from the darkness.