Andy is a radiation safety professional, a scientist and professor, a consultant, and an instructor. He’s also a writer, with over 200 encyclopedia articles and several books in print, and an 8-book series (Controversies in Science, Facts on File) in the works – not to mention his scientific and technical writing (6 book chapters, a number of refereed papers, over 100 scientific presentations, several hundred encyclopedia articles, fact sheets, and over 100 technical articles and editorials in scientific and technical journals and newsletters). He’s also a legitimate badass: He’s the Rad. Terrorism Guru for the city of NY and the NYPD’s CounterTerrorism Unit. 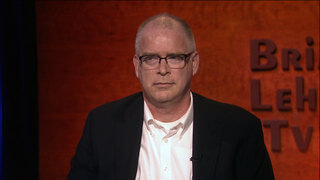 My kids look perfectly normal – in my humble opinion maybe even a tad better than normal. This became an issue, actually, in the months following the 2002 arrest of Jose Padilla on charges he was plotting to set off a “dirty bomb.” How it became an issue is that I was interviewed by a reporter interested in the reproductive effects of radiation – she was wondering if we could expect to see legions of children born with birth defects in the aftermath of a radiological attack. I spent a fair amount of time helping her to understand the basic science behind why this was unlikely to happen and then, to lighten the conversation a tad, threw in the line “let’s face it – if parents have strange-looking kids they should probably blame the in-laws and not the radiation.” Guess what quote she used. For a few weeks I was getting e-mails from colleagues around the world asking to see photos of my kids. And I’m happy to say that in spite of my years working around radiation, my kids look perfectly normal. At least as close to normal as we can expect from teens….

The point here is that the reproductive effects of radiation are exaggerated to the point of irrationality – more so than most other reproductive hazards. True – radiation can cause birth defects and it has been shown to induce mutations in animals. But the amount of radiation required to cause birth defects in humans is substantial (at least 5 rem or 50 mSv to the fetus) and the medical literature has not noted a single instance in which pre-conception radiation exposure to humans has caused birth defects when the woman eventually conceives. And if more people – physicians included – really understood these points there would be far fewer worries.

Consider – the BBC documentary Nuclear Nightmares (which was about radiation phobia) stated that the Soviet government performed a few hundred thousand abortions on women exposed to radiation after the accident and others have stated that there were at least 100,000 abortions conducted in Europe due to fears about the reproductive effects of radiation exposure. It is almost certain that few – if any – of these abortions could have been justified by the radiation exposure alone. I understand that the numbers cited are not from the peer-reviewed literature and that they might be high. But the 2006 report by the World Health Organization concluded that after 20 years there had been fewer than 100 deaths attributable to radiation exposure from the accident (including radiation-induced cancers) and projected that as many as 10,000 people might eventually develop cancer from the accident – even if the WHO’s worst-case estimates come to pass and even if the abortion numbers are over-stated by a factor of 10 we will still find that fear, ignorance, and misinformation was deadlier than the accident itself. This is tragic.

As a radiation safety officer I calculated nearly 100 fetal dose estimates, usually when a pregnant woman was involved in a car crash and, while unconscious, received the “trauma series” of x-rays from head to foot, possibly followed by CT or even fluoroscopy. Sometimes when the woman woke up she told the doctor she was pregnant, sometimes she didn’t know this herself for another few weeks. In either case, our policy was that I was to be informed so that I could perform fetal radiation dose calculations and write a letter explaining the results to the woman’s OB/GYN. There was not a single case in which the fetal dose estimate was high enough to warrant taking any actions at all, even though some of the women had been advised they might need to terminate their pregnancies. And I was not alone in this – the Health Physics Society runs a wonderful feature on their website (Ask the Experts) that has a section for radiation and pregnancy. Over the last decade or so they have accumulated hundreds of inquiries on this topic and almost none of them warranted any concerns at all. Sadly, many physicians in the US are taught that radiation can cause problems with pregnancy, some of them might vaguely remember a dose of 5 or 10 rem (50-100 mSv) but don’t know the fetal radiation dose from the radiation they might prescribe, and are then told little more. Is it any wonder they sometimes give bad advice?

For the record, the Centers for Disease Control and Prevention maintains a web page that includes information on the impact of prenatal radiation exposure aimed at parents and at physicians. CDC includes a table that summarizes the impact of prenatal radiation exposure based on the post-conception age and the fetal radiation dose – they conclude that for any radiation exposure that occurs less than 2 weeks into the pregnancy and for any fetal radiation exposure of less than 5 rem (50 mSv) there is no need to take any actions at all. To put this number in perspective, it can take tens of x-rays or a few CT scans that image the uterus (the exact number depends on the x-ray machine being used, the amount of tissue between the x-ray beam and the fetus, and a number of other factors) to reach this level of fetal exposure. And for x-ray exposures that do not image the uterus – a chest or head x-ray for example – the dose is even smaller. But believe it or not, I even took a call from a woman who had dental x-rays wondering if she should take her physician’s advice to have a therapeutic abortion.

Having said all of this I don’t want to make it sound as though I’m advocating throwing caution to the winds – according to the ALARA principle (to keep radiation exposure As Low As Reasonably Achievable) we should not simply run up the dose through unnecessary medical imaging – I agree with the goals of the Image Gently initiative to help reduce pediatric (and prenatal) radiation exposure. But I would suggest that if the mother’s health or life are at stake then physicians should avail themselves of the tools they have without letting unwarranted fears deny them access to valuable diagnostic information. And the physicians need to remember that – before giving any medical advice about the pregnancy – fetal radiation dose should be calculated by a qualified and competent health physicist or medical physicist. Radiation health effects depend on the radiation dose – absent a solid radiation dose estimate it simply is not possible to give good, informed advice to the prospective parents.

The sad fact is that the programs that train our physicians – not just in the US by the way, remember the numbers from Europe – are not doing a good job of teaching their students about the impact of radiation on their patients. I discussed this in an earlier blog, where you can find references on this point. This is ironic given that, according to the National Council on Radiation Protection and Measurements, our exposure to medical radiation had increased dramatically in the last few decades. Given our society’s heavy reliance on radiation in industry, medicine, research as well as our dependence on nuclear power I would like to think that our physicians can be better prepared to give good advice to their patients about the effects of the radiation to which they are unavoidably exposed, just as I would like to think that the public can be provided with solid information so that they can participate more fully in the process of making decisions about radiation exposure.