Barnaby made it to ONE!  I am rather shocked considering all the electrical wires he tried to eat, as well as the weird crap on the streets of New York that he gobbled down.  I guess he didn’t eat enough to kill himself, thankfully, and only reinforces the statement that the “toxicity is in the dose.”  Ain’t it, though.   Probably why there are so many functional coke addicts on Wall Street. 😉

Anyhow, I made him a gluten-free birthday cake but he refused to eat any of it.  This is sad, considering he is the only guy I ever baked or cooked for, and also sad because he eats the strangest crap on the streets of NYC, but not my cake. Oh well. Truth be told, I tried a piece and felt sick the next day. So there’s that.  ( Wild Rover 1, Potential Wife 0)

Here he is apprehensively checking out his birthday cake: 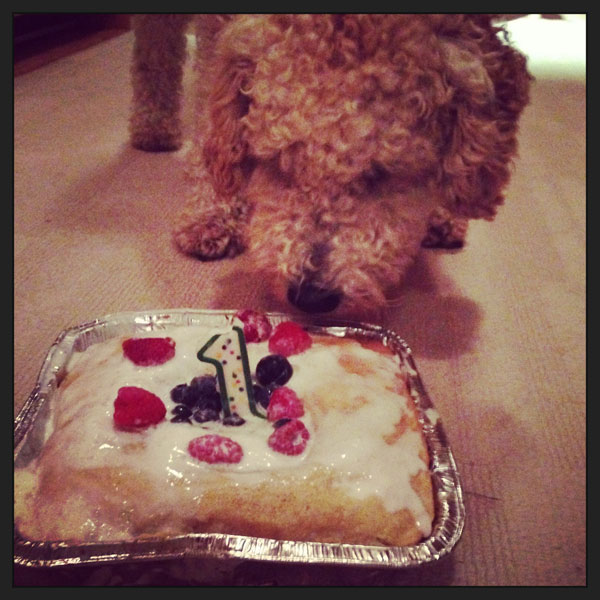 Why did I put fruit on it?   I don’t know…because dogs need antioxidants too??  🙂

I bought him a few treats, a ball and a new leash for his birthday, but from the picture below, it appears as if I should have purchased him a new bed… 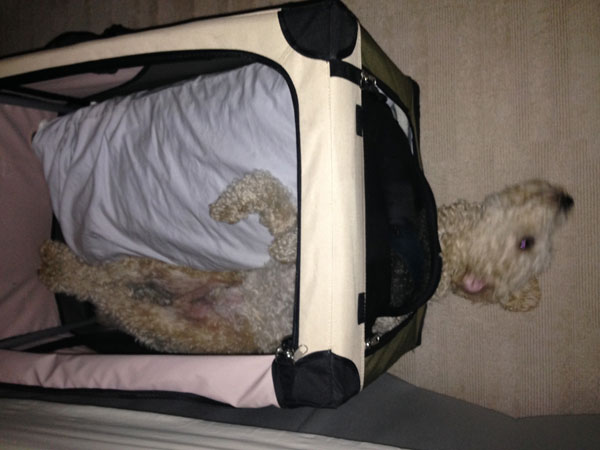 Barnaby did get to party with his brother Oakley earlier that week, so that was an early birthday present: 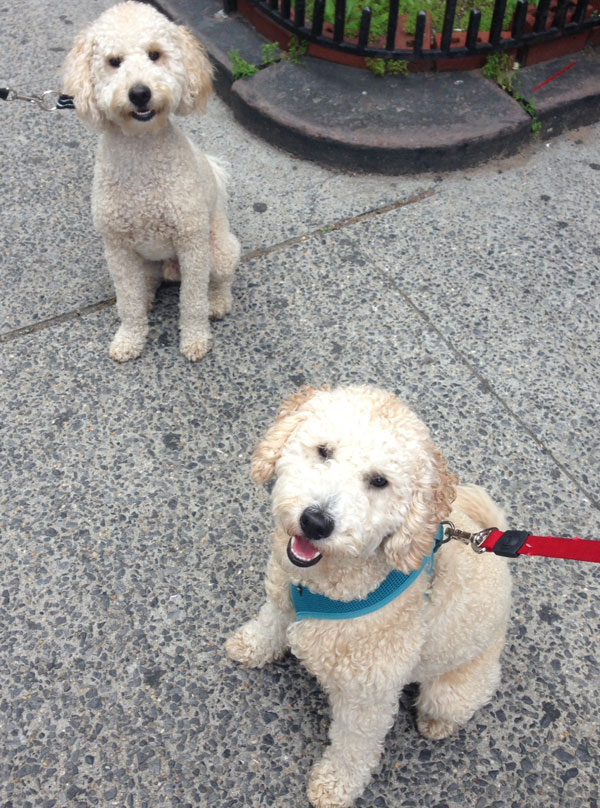 And this last photo of him is just a reminder to all of the very very very busy people on the sidewalks of NYC that it is perfectly okay to take a timeout from their busy lives and enjoy the day.  😉