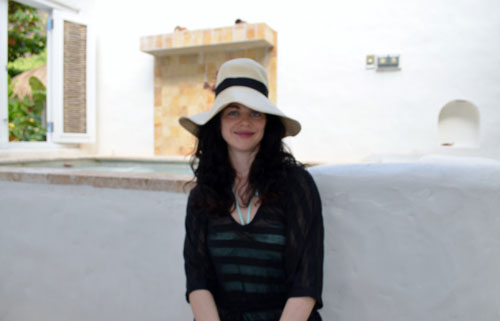 The Mind-Body Connection: Depression linked to Adult-Onset Asthma.
In a  study involving 31,848 African American women followed from 1999 to 2011, women who were depressed were 2.08 times as likely to develop asthma.  The risk of clinically depressed women developing asthma was higher in women being treated with antidepressants, women who smoked, women who were not obese, and women over 40. The entire study is published online in the journal Annals of Asthma, Allergy and Immunology.
The link between depression and asthma has been noted before. Some researchers speculate that depression causes an over-production of corticotropin-releasing hormone, cortisol, and over-stimulation of the hypothalamic-pituitary-adrenal axis, all physical signs of chronic stress. Of course, chronic stress may also lead to depression, so the two may fuel each other. Stress is known to exacerbate asthma attacks in individuals already diagnosed with asthma, but it is also speculated that stress alters the body’s immunological response and also affects the autonomic nervous system, both of which may aid the development of asthma.  Either way, this study highlights the importance of stress reduction techniques as prevention for both depression and asthma.
Personal Note:  As soon as I read this headline I was super-intrigued and excited by this study.  When I was depressed, I developed asthma, and whenever I had a depressive episode, I simultaneously had an asthma attack.  During my depression, there would be some days when I would be so down, defeated, stressed and crying, and then all of a sudden my lungs would start to close up so I also had difficulty breathing. I remember telling myself, “Great, Erin. You are allergic to emotions!! Go figure.”  I seriously thought I was allergic to emotions for the longest time and I became envious of sociopaths since they don’t have emotions.
Even when I wasn’t crying, my nocturnal asthma symptoms were ten times worse when I was in the throes of my depression.  The two disorders felt linked, but my medical knowledge nor my doctors could explain the linkage to me.  Magically, my asthma symptoms started to subside when I 1) Decisively and properly managed the major stressors in my life and 2) Started to come out of my depression ( Probably because of Number 1).   I did not start any new asthma medications nor did I manage my asthma any differently. I also was a “bad” asthmatic as I had to use my inhaler 2-3 times a day and ended up on low dose steroids for a while.  Now, with the depression lifted and the major stressors in my life all things of the past (WHahoo!),  I have not used my rescue inhaler in the past 3 months. It feels like a miracle to me, because I used it soooo much. My inhaler was also my sense of security. Before, when I went to a restaurant, for a walk to the gym, etc.,  I would NEVER leave my house without my inhaler, because I often had asthma attacks.  Now I leave my inhaler at home quite a bit, and I feel confident my lungs are not going to kill me.  Something inside my lungs has changed. I have no idea what or how, but I do know that my asthma symptoms got better when my depression did. Could it be a coincidence? Definitely. But this study makes me think it might not be.
Side Note:  Though this study was done on African American women, research has shown that race-specific findings in public health research are not really race-specific. We are more alike than we are different, so my thought is that this finding would also occur in white women, Asian women, etc..